A BRIEF HISTORY OF PAPER-MAKING 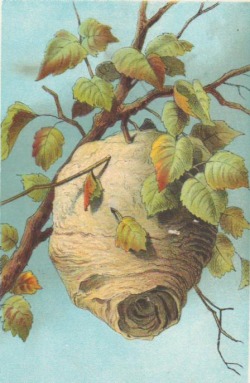 Received wisdom, maybe today it's called 'urban legend', has it that paper as we know it was first presented to the Emperor of China, Liu Zha, by his Chief Eunuch or Chamberlain, T'sai Lun, in the year C.E.105. However I am told that there is/are in the British Museum in London, fragments of what we would without hestitation call (chinese) paper, dating to some 300 years prior to T'sai Lun, so maybe he was simply the first recorded paper merchant?
Nearer to the truth, sorry, A truth, is that T'sai Lun was a career civil servant, not a paper maker, that his Emperor was an EMPRESS Denj T'Sui* and that what T'sai Lun actually did was to find a way to 'perfect' paper— which until then had been used as a wrapping commodity— as a writing surface, that would make an ideal substitute for the strips of bamboo that had been in use by scribes until then. Silk was used before and after 105 c.e., but it was frightfully expensive and took especial skills to 'write' on with brush and ink.
That paper originated in China is not in dispute here. One expert in the field has suggested there were fragments of 'paper' found among the Terracotta Army in Xi'an, Shaanxi Province of China.
*= Throughout this essay, names of Chinese people and places are merely a westernised construct of their Mandarin originals. It is said that there is no  right  way of writing or pronouncing the originals in Western 'tongue', so those offered here should be seen as only best guess approximations.
Of course we all know that the ancient Egyptians wrote on papyrus, which is the inner pith of a certain type of bull-rush, widely found on the banks of the Nile. The insides of the stem of Cyperus papyrus are roughly triangular in shape so lending themselves to stripping into long wide slivers. These are criss-crossed over each other and then pressed, their natural 'gum' and a scoop full of clean(?) Nile water bonding the sheet together, which is then dried flat in the desert sun. After polishing/smoothing with a stone, hey presto, there you have something approaching a flat surface to write, draw, or paint on -- please forgive the over simplification, I know there is so much more to it than that but papyrus is not the issue we are here to discuss.
Use of papyrus continued throughout what could be loosely termed 'Arabia' and parts of Southern Europe right up to the 10th. century C.E. but the quality became worse and worse, while paper had found favour instead, spreading not only from the East, but also, by then, from North Africa to the Arabian conquered Iberian peninsula, where commercial paper-making dates from 1054 c.e. in Xatavia, in modern day Spain.

Neither should we lose sight of the beaten inner tree bark still used today by some Pacific Islanders, nor yet silk, which, returning to our Chinese theme, was written on, or rather painted on with inks ~ and for decorative purposes silk is still used in this way today.

Not to mention vellum and parchment. I said not to mention them, I'm a vegetarian and the idea appals me, but let’s be fair, they are exquisite products and have been around almost forever, so here goes:
PARCHMENT is the prepared inner layer of the skin of a sheep (generally), while VELLUM is the complete thickness of the skin of calves and goats,  which rather makes a mockery of the famous paper from ‘Wiggins Teape’ (ah, those were the days) called Goatskin Parchment, which at one time very closely resembled the real thing, but was a paper – and still is, but it changed slightly in the 1980’s for commercial reasons and is now, though still a very good paper, one step further removed from it’s forerunner.

British parchment manufacturers William Cowley of Newport Pagnell in Buckinghamshire (Google them) tell us that “The original methods [of manufacturing parchment] were crude and capable of providing a writing surface on one side only. Basically a simple scraping and removing of hair, made the skin passably fit for writing on…….Conversely Cicero [Marcus Tullius Cicero, 106 B.C – 43 B.C., a Roman philosopher and general know-it-all] had a magnificent library of parchment in which it is said there existed a parchment so fine that the whole of Homer's 'The Iliad, was written upon it and fitted into a nutshell.”* I can but assume that it was written on both sides of vellum, in very tiny writing, and it was a coconut shell. Have you ever seen or read Homer’s Iliad?
* Taken from William Cowley’s leaflet ‘The Making of Parchment and Vellum’ c.1980’s